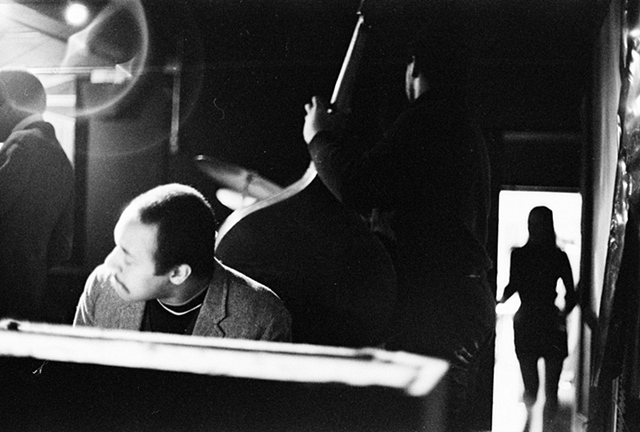 Alan Teller received a Fulbright-Nehru Senior Scholar Award for his current project Following the Box based on a box of photos made by a still unknown US soldier in India towards the end of WWII. He and Jerri Zbiral, his partner in the project, worked with contemporary Indian artists in various artistic media to explore the ways in which our different cultures may teach us to see. The resulting exhibit is a cross-cultural interpretation of these 75 year-old images. A documentary film about the work screened internationally. The exhibit opened in Kolkata, India, then moved to the Indira Gandhi National Center for the Arts in Delhi. It was next displayed at the Loyola University Museum of Art in Chicago and then at the Pacific Asia Museum of the University of Southern California in Pasadena. It opens at the Lilley Art Museum on the campus of the University of Nevada in Reno in summer 2022.

Alan’s academic background is in anthropology and photography, studying at Queens College in New York and at Indiana University. Alan founded the Inner-City Photo Workshop, a storefront center for high-school dropouts on Chicago's Westside. He was photographic researcher for the Field Museum of Natural History, where he also taught classes on photography and anthropology. He founded Teller|Madsen, a museum exhibit design company that has developed over 100 exhibits nationwide, including the permanent exhibits for the Herbert Hoover Presidential Library, Vivian Maier’s Chicago and many others. He has received numerous grants for community photography projects and arts and social issues programs, has published some 20 reviews and articles as well as the guidebook Photography in the Classroom.

With Jerri he produced an award-winning documentary In the Shadow of Memory: The Legacy of Lidice, based on the Nazi destruction of a Czech village, a film that explores the generational impact of hatred. He was also the founding Executive Director of the Adlai Stevenson Center on Democracy. Alan has taught photography at Columbia College, Purdue University and the School of the Art Institute. At Lake Forest College, he taught in both the History and Art departments, offering courses on photography and anthropology, public history, and on museums and exhibits. Alan has exhibited his own photography since the 1970s, with work in many public and private collections. He received an Illinois Arts Council grant comparing how young women from Niger studying in the U.S. were able to present themselves to the camera, with clients at a center for victims of torture who could not. Alan is a second-generation photographer, who grew up in New York, began making pictures as a child and is still doing so.